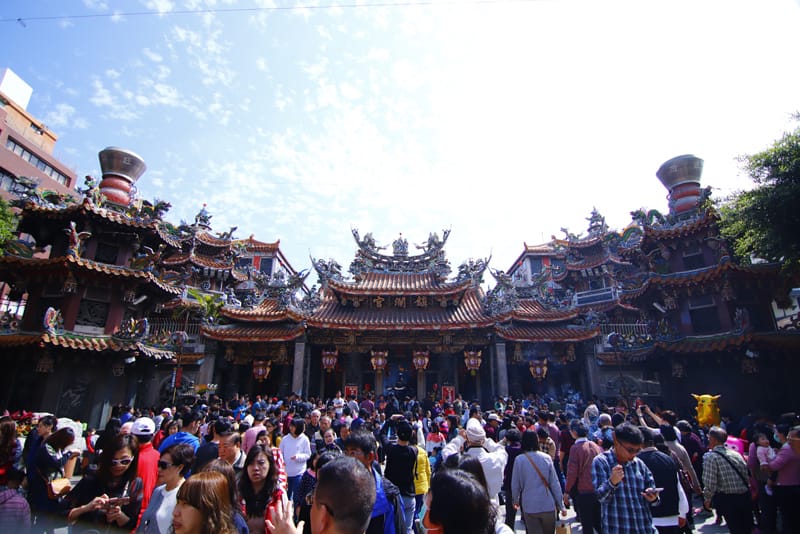 Dajia Jenn Lann Temple is the most famous Mazu temple in Taiwan. This Qing-era temple was built to honor Mazu, the Goddess of the sea. Though begun as a small temple in 1730 to honor the deified form of a holy woman from Fujian province by the name of Lin Moniang, the temple has since grown and evolved to become one of Taiwan’s busiest and liveliest Mazu temples. It is famous for the annual pilgrimage held in March every year. This event is the largest religious and folk activity in Taiwan, and see hundreds of thousands of pilgrims and spectators escort a palanquin carrying Matsu over 350km, blessing all the people they encounter all the way. Many people follow Matsu for the full nine days although you don’t have to. Temples and volunteers provide meals and accommodation along the way. It has attracted domestic and international tourists. It is a scenic spot that best represents Dajia. The violet jade Matzu of Jenn Lann Temple and the Golden Mazu in the basement of Mazu cultural museum are the treasures of the temple. Now, Mazu is considered one of the three treasures of Taichung. It is a scenic spot you must visit in Taichung. 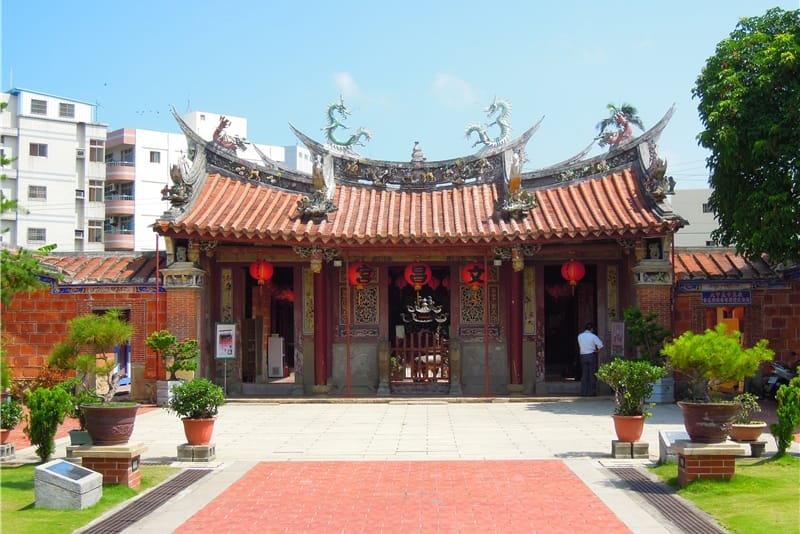 The temple was built in 1887 and the architecture was consider to be late Qing style. It worships the god of lituerature-Wenchang Dijun. It was donated and built by the wealthy locals in Dajia. A private school was established at the shrine and turned it to be the first school in Dajia. The shrine rooms on both sides were for educating and promoting the local culture. It was regarded as a cultural treasure in both preserving temple culture and studying temple architecture style. It is a building of traditional southern Fujian style. The decoration is delicate and the brick works are refined. It is one of the most artistic buildings in Taiwan and is highly valued in architecture. On November 27, 1984, the Ministry of Interior declared it a 3rd class National Historic Site. The architecture layout of the temple is Chinese quadrangles, a courtyard surrounded by four buildings with an open-aired courtyard. It was a building of Qing style with a double function as a school and a temple at the same time. 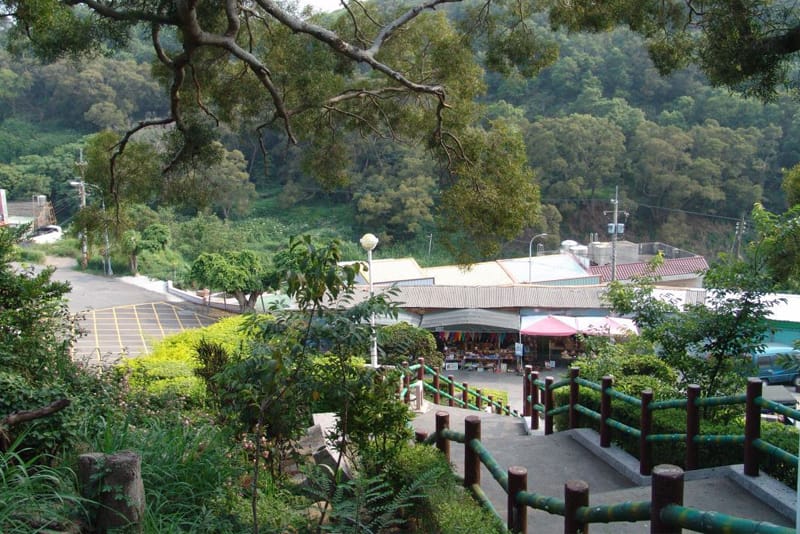 Tiezhenshan mountain got its name from its anvil shape since “anvil” was pronounced as tiezhen in mandarin. It used to be a military base and transformed to be a well-known tourist attraction in Dajia. The major attractions include sword well, Tiezhenshan Soldiers’ Shrine and Zheng Chenggong Statue.

According to legend, the sword well was created from a sword stuck into the ground by Koxinga when he was stationed in the area because he asked God to provide water for his soldiers. The water then poured out from the southern slope of the mountain. In 1953, the local residents repaired the well and built brick wall around it. Tiezhenshan Soldiers’ Shrine was built to honor the deceased soldiers who sacrificed for the country. The 15 meters tall Zheng Chenggong Statue on the right side of the Sea Overlooking Tower offers a perfect overlook spot for city view. 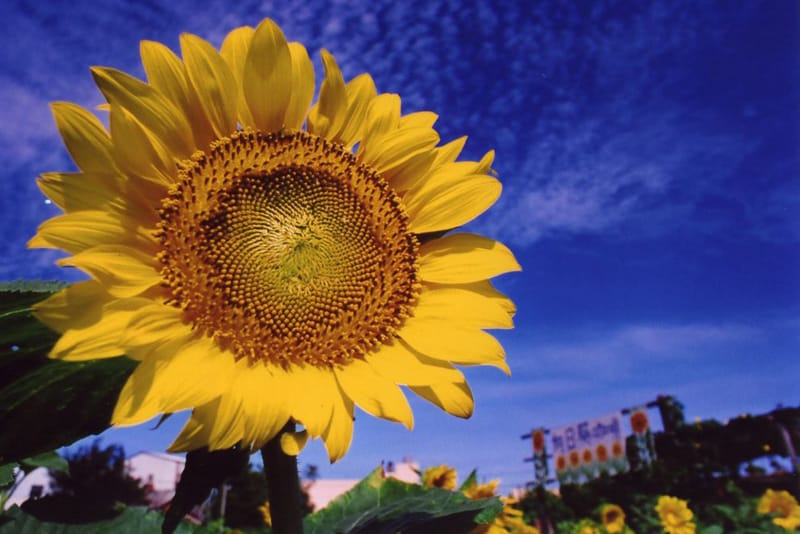 This farm is completely natural and rustic. You can simply enjoy the nature environment and numerous local culture and farm activities. There is no artificial stuff you usually see in a theme park. It is set out to be fenceless to set you free by indulging yourself in the nature and enjoy all the wonderful gifts nature brings to you. Lots of sun, lots of flowers and lots of fun! You will see numerous species of flowers, plants and local agriculture product, even the famous Dajia Betel Nut Taro. The farm owner has installed information billboards to guide visitors through the features and functions of different sunflowers. Visitors are more than welcomed to join all kinds of fun activities such as painting workshops, taking a look at those cute sunflower shaped souvenirs or simply just relax. 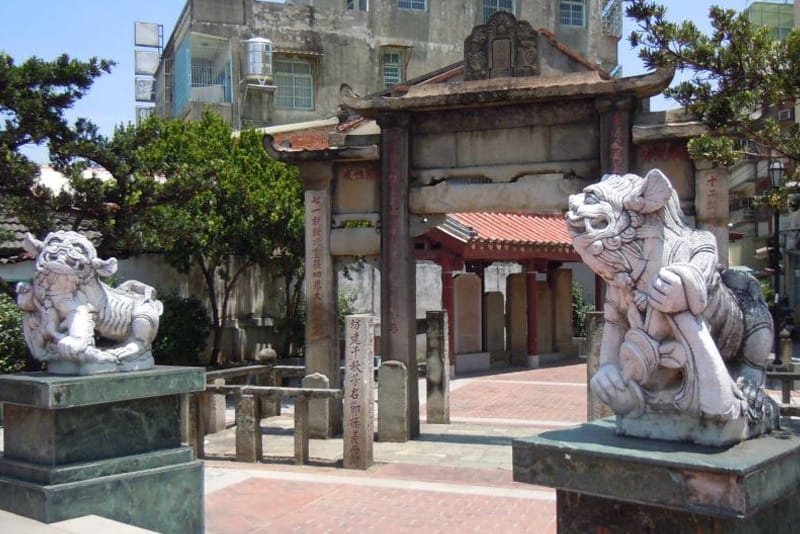 The Lin Chastity Torii was established in 1848 to honor a lady- Lin Chun Niang for her sexual loyalty to her husband who was a local gentleman called Yu Rong Chang. She was also well-known for her filial piety in taking care of her mother-in-law after her husband died. According to legend, she even prayed for rain for the community and was worshipped as “The Goddess of Virtue. ” She was regarded as one of the three gods and goddesses of Dajia. Her idol was put inside the Dajia Jenn Lann Temple for people to worhip her. The Ministry of Interior declared the Lin Chastity Torii a 3rd class National Historic Site. 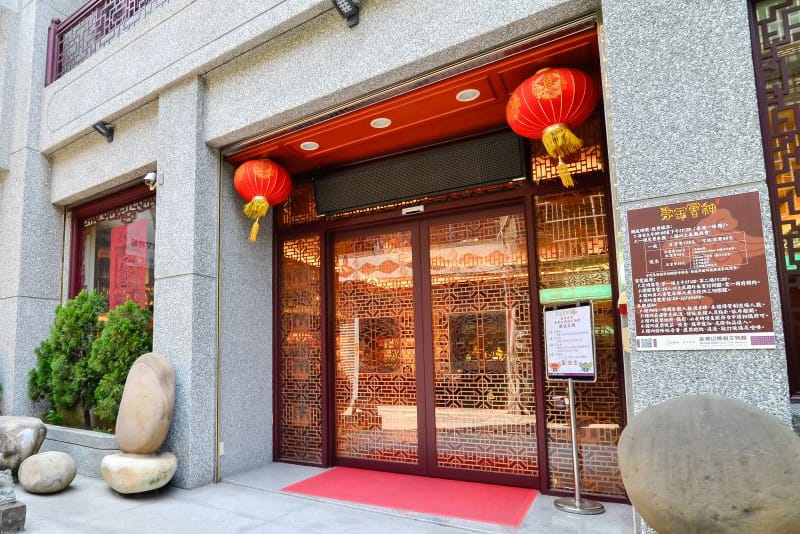 The owner of the Jin Hwa Shan Mazu Folk Museum, Mr. Dong Zheng Xiong served the Chinese sea goddess Mazu for over half of a century. He studied the Mazu culture and collected important items about Mazu culture in every possible way for years. That is why people called him Dr. Mazu or Master of Mazu. In order to promote Mazu culture, he established this museum and shared all his precious collections with the world.